The Drakes and The Worms!

Some good friends of ours from Ohio visited recently, you may have seen their RV parked in our driveway for a few days. Jonathan, Heather, Nadine (3.5) and Samson (8 mo.) Drake are "shopping" for a new hometown. Fed up with the rat race of urban Cleveland living, they recently quit their jobs, sold their house and all their material possessions, bought a really nice RV and decided to spend the next year of their lives traveling the country in search of a small community that is more in line with their values.

After I picked my jaw up off the floor and they answered a thousand of my questions I was truly inspired by their story. After they left I stumbled onto a video that really affirms their choices and convicts some of mine. You can see it at http://www.thestoryofstuff.com/. But beware, you may end up with a stomach ache after watching it like I did!

The Drakes are fellow members of the Weston A. Price Foundation so it was an absolute pleasure spending three days with people who eat the exact same way we do! I will rendezvous with them again in November at the foundation's annual conference in San Francisco. You cannot imagine how it "fills my bucket" to be with people who understand our lifestyle! And even though I introduced them to the dietary principles of the WAPF, they have actually embraced them and incorporated them to a larger degree than we have!

Oh yeah....so now about the worms. Heather and Jonathan eat totally organic and had been composting all their kitchen trash for their garden back in Ohio. The method they used is called "VermiComposting" whereby you basically feed your scraps to some pet worms and they happily poop out some of the most nutrient dense fertilizer on the planet. When they were ready to leave Ohio they decided they could not leave their loyal "vermies" behind and decided they would compost all their kitchen scraps even while traveling in the RV.

Now I've since learned that Vermicomposting containers should have very little to no smell and are always kept indoors during the winter in colder climates. So it wasn't totally absurd to think they could manage these critters in the RV. However Jonothan apparently forgot to tell Heather she was supposed to "bury the scraps" as opposed to plopping them on top each time and an annoying smell ensued. After much discussion the Drakes decided to part with their little vermicomposters here in Seward and so the Seevers are the proud, new owners of an organic WORM FARM!!

Now don't laugh because if I can keep them alive, you'll be calling me next spring for some black, earthy-smelling, nutrient-rich, organic fertilizer for your garden! 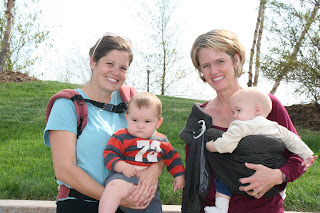 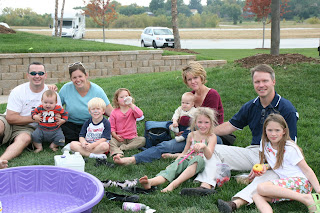