Today, the children and I said "good bye" to a treasured friend and pet. Our old guy, "Rocky" passed away peacefully at The Good Life Farm. Rocky was a "one-in-a-million" kind of horse that we were blessed to call "bomb proof", "kid safe", "honest", "trustworthy" and "dead broke". All the things you hope to call a horse when you have small children.....he was all of those and more.
When we got Rocky three years ago the vet estimated him to be "25-28 years old". We went with the younger end of that range and decided he would age every year on Gemma's birthday, making him "28" last March when Gemma turned "8". He was probably a bit older than that.


The most notable memory I will keep of Rocky is watching Gemma as a tiny child, literally climbing up his leg to mount him. He would stand perfectly still while she shimmied and wiggled until she finally reached the top of him. Sometimes it was a painfully slow process to watch (especially during competitions) but his patience with her was everlasting and in time, they formed a most unique bond.
To most people, Rocky was just an old, "dead belly" slow horse that had no "go", but under Gemma he would offer her the wind! Gemma loved to hop on and show him off to guests and we would often see her cantering him bareback around the farm. Gemma and Luke have taken the news the hardest, but we are all so grateful he didn't suffer and we never had to make any tough decisions about his care. Even in death, he was a "good 'ole boy" for us. He will be sorely missed. 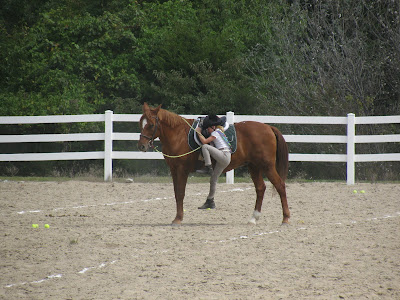 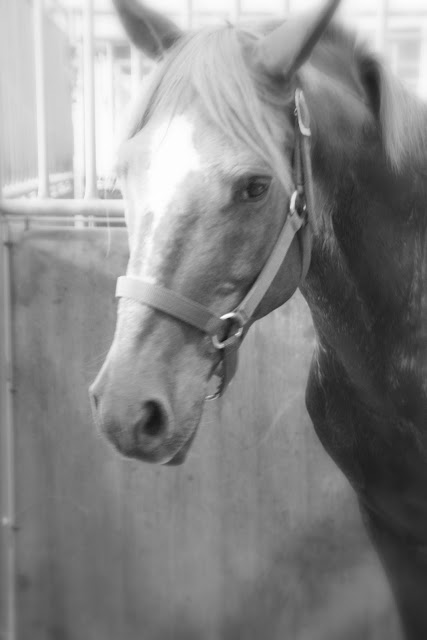