My little storm chasers camped out on Grandma and Grandpa's lawn this evening to witness quite an amazing storm cloud display. We kept checking our phones but there were no tornado warnings so we hopped in the car with Uncle John to get a closer view. Before we knew it, the mountain of clouds was right on top of us! 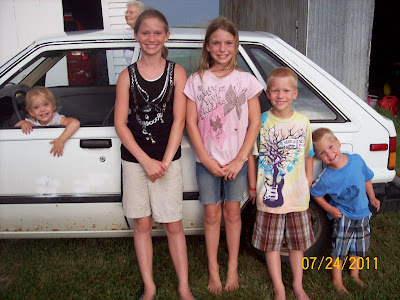 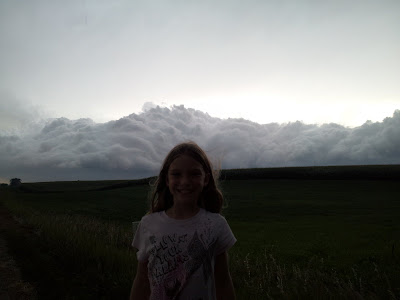 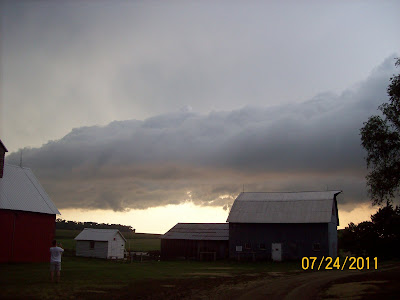 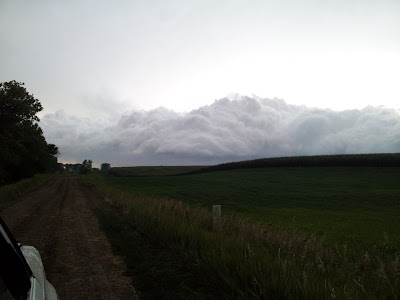 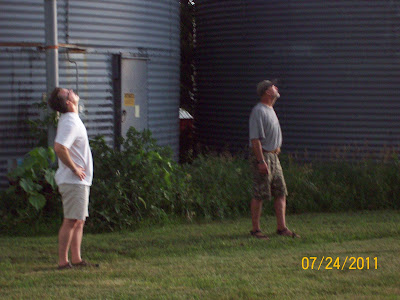 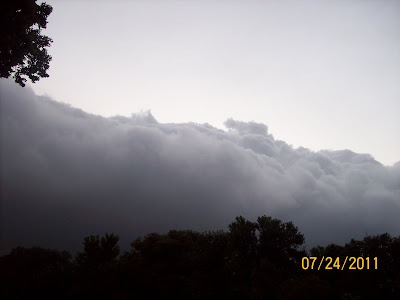 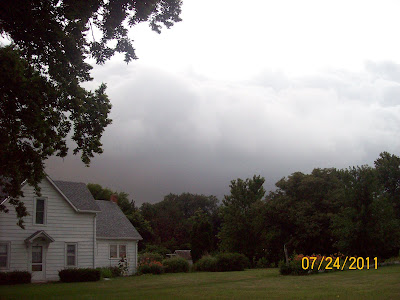 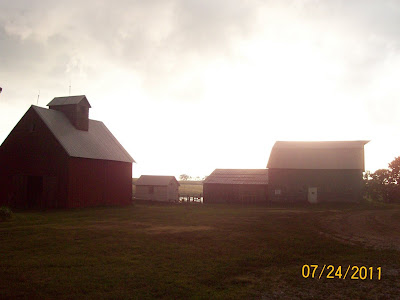 Thanks to Mark and Liz Owens for sharing their delicious sweet corn! This was Nyla's first time to try it and she absolutely loved it! After we pried Grandma's piece out of her hands, she enjoyed two more of her own.  Oh, and that's her new bike helmet. She wouldn't take it off so I just left it on her all afternoon! The way she climbs, I'm thinking we might just make it part of her daily attire. 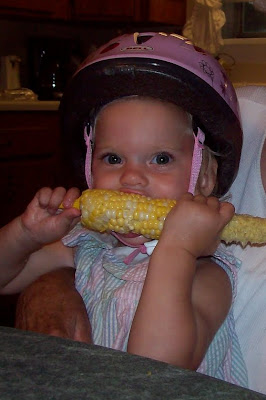 We Bought Nyla A Horse Today!!

Aunt Karen, Patty and I traveled all the way to Lincoln with the horse trailer today to buy Nyla a new horse! Haha!!! Well, we actually went to look at a real horse but first stopped off to pick up a "Today's Kids Rock-n-Bounce Pony" I purchased for Nyla on Craig's List. Couldn't pass pass up the photo op! 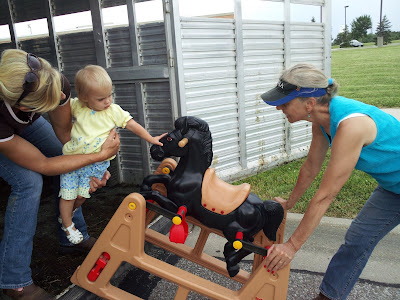 I am wondering if in 10 years I will have a brain left to ponder life with 5 children at this stage.  I was solo at bedtime tonight because Scott had to help put up hay at the farm.  Within a 5 minute period, Nyla needed a diaper change, jammies on, bottle made, story read and put to bed, Marshall needed a bath and stories, Gemma wanted a cut on her finger boiled out with hydrogen peroxide (which had me worried because a farm cat scratched her pretty deep), Gracie was waiting for me to get her some Mucinex(she has me worried with a wet cough), and Luke comes into the room screaming at the top of his lungs that his eyes are burning and he can't see!  Seriously??? What could be in his eyes that could be burning so bad??  Oh but wait! He and Marshall just finished playing with two slimy tree frogs on the back deck!  As the burning became worse instead of better, I started to wonder if I should take him to the ER or first try to Google whether the slime on a tree frog would irritate your eyes. For a moment I thought my head would surely explode!  But in the end, Luke's eyes stopped stinging, Gemma's finger got rinsed, Gracie got her Mucinex, and Nyla and Marshall got to bed with no stories. I just don't remember how!
1 comment:

Have I mentioned lately how much I love our dog, Daisy?? She is the BEST dog a family could ask for and Nyla loves her very much! 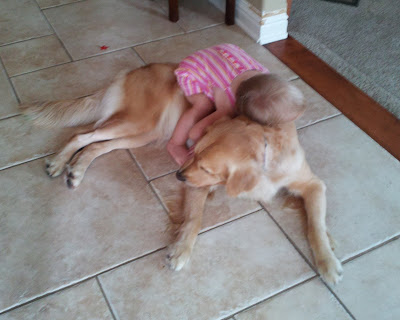 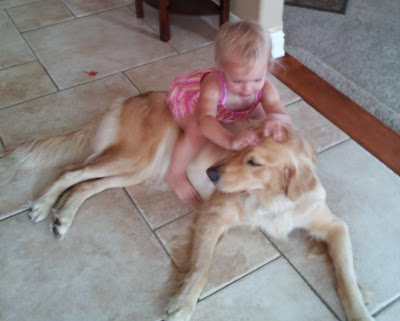