I hope you enjoy this slide show of Nyla's baptism.  Our good friends Brian and Laurie Friedrich are her new Godparents. Aunt Ruby Beckmann knitted her a precious gown and she was wrapped in an embroidered shawl from her Grandma Seevers.  It was an emotional but perfect day! You can also view the individual images HERE.

Click HERE to see more pics from this shoot. 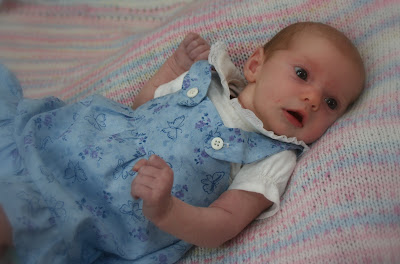 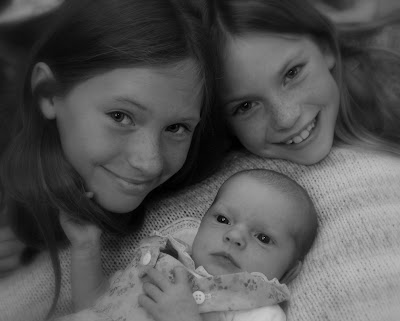 I'm finally getting to the subject of Maria! Maria Yoder is 18 years old and the second oldest of 12 children!  I met her family in the fall of 2001 when we purchased our first side of grass-fed beef from her parents, Paul and Colleen.  That was the beginning of a most interesting relationship..... one that would change my life forever!  Shortly after the beef, we tried their fresh raw milk. After making the hour drive once about every six weeks (and freezing the milk), I convinced about five other families to share the drive and bring fresh milk back every week.  The next thing you know I was coordinating a "Farm-To-You" co-op with over 150 families picking up farm fresh foods at 7 different locations around Akron and Cleveland!  Oh and did I mention all of this was illegal?

I thought we could just find a nice senator to sponsor a bill to change the law so I led a state-wide raw milk legislative initiative through the Ohio House and Senate.  Silly me....how was I to know that "Big Dairy" powers of Ohio had a much stronger voice than a bunch of farmers and health-conscious mothers? It was not in their best interest for people to start buying milk directly from farmers, especially the kind of milk that caused a person's health to improve!  After the bill failed, we were later thrilled to walk away with a court ruling which recognized our right to drink the milk of a cow we own.......and the "herd share" contract was born.  Here in Nebraska it is legal to buy fresh milk on the farm but in Ohio farmers and consumers still walk on egg shells waiting for the next attack on their rights to consume the foods they choose.

After moving to Nebraska, I've stayed in touch with the Yoder family (you tend to grow close to people on the "front lines") and that's how we were blessed with the opportunity to have Maria come help us out for five weeks!  You can meet the rest of Maria's family at http://www.yoderfarm.blogspot.com/. 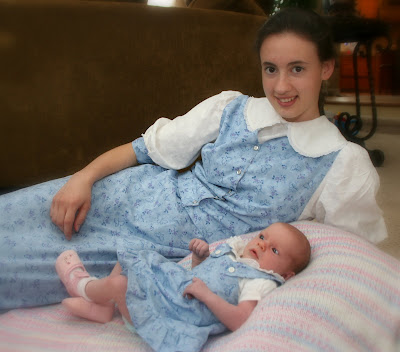