The Gelding of Jack

Remember Jack? The little yearling that was bit by a stallion? Well Jack's been getting a bit frisky this spring so we knew it was about time to have him gelded. I'm sure Aunt Karen would have rather waited until she returned from Japan but unfortunately late June is a terrible time for gelding due to the heat and the flies. So.....she entrusted the little guy to us once again and we accompanied him to Aurora, NE to Dr. Dennis Smith for his "procedure"! We wanted to wait until his wound was about closed so his body wouldn't have to work overtime trying to heal TWO wounds.
The whole process was quite fascinating and of course I had my camera along so for you brave souls, I've included pictures of the procedure HERE. For those of you interested in the scientific details, I've included captions under the photos. Once you're in the album, if you hold your cursor under the photo, you can read the entire caption. It never ceases to amaze me how different veterinary medicine is compared to human medicine (no sterile field, no pain meds etc.).
And, by the way, Jack's bite wound is almost completely healed. There is a small area left but it has finally filled in with new tissue and no longer requires a dressing. The vet said within six months the hair will probably even grow back!! 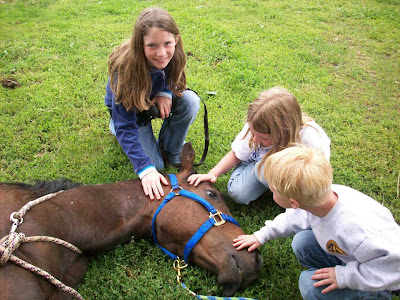 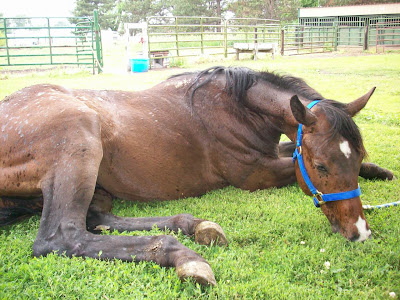