Santa On The Square!

Every year in December the city of Seward sets up this little house for Santa on the town square in front of the courthouse. Santa arrives on a fire engine early in December and then he and Mrs. Claus keep visiting hours (note they are taped on the door) for the children. The little "hut" is warmed only by a space heater so the kids keep their coats on! 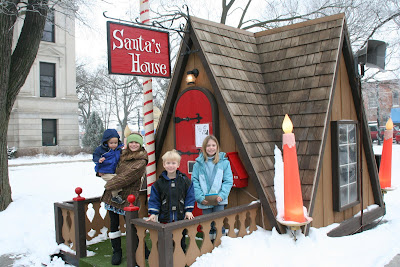 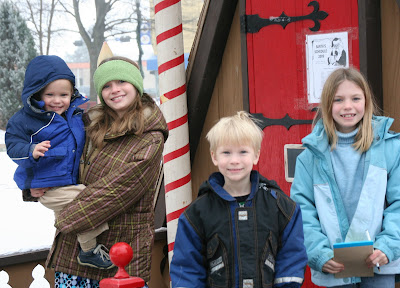 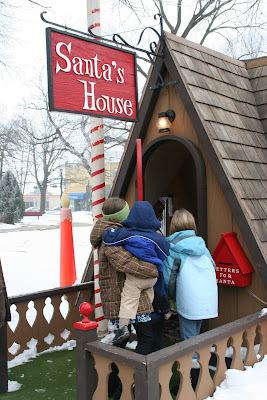 Gracie had an entire list written out and ready for him. 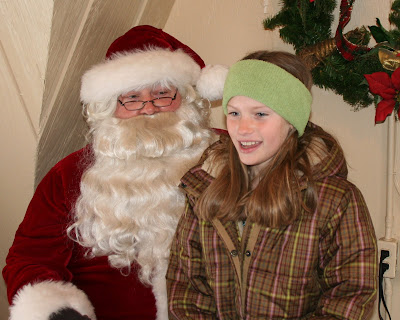 Gemma tried to write her list on the way over but forgot most of it. 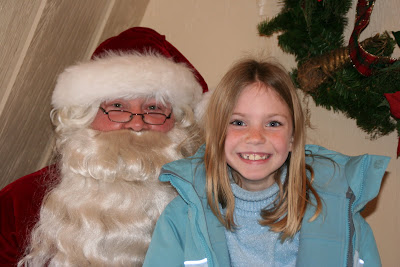 Luke was so excited he just started asking for the same stuff the girls asked for! 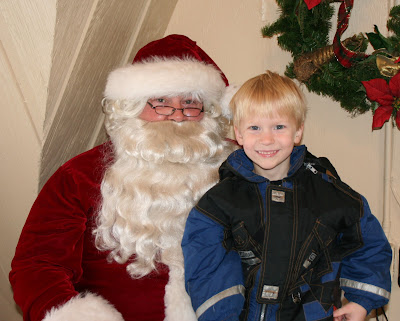 ....And Marshall was going to have no part of the strange looking man! 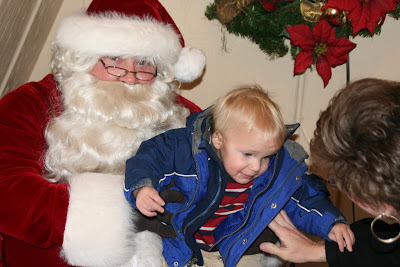